This Visualization for New Creation comprises an affirmation and visualization to protect and consolidate the pranic column energy, especially in the area of the transpersonal chakras above the head, while you are sleeping.

The transpersonal chakra energies must be protected and consolidated in order for us to bring in the New DNA through closer connection with God and with the All. An edited Summary follows the video. After the Summary are my Comments; and after that are visual aids to the three-part visualization …

Here is an affirmation to protect your pranic column energy while you sleep … especially the energy of your transpersonal chakras. And it goes like this … You are speaking to your celestial Ascension team. And just as you lie down and begin to fall off to sleep, you say this …

“Affirmation for New Creation”
Channeled by Alice B. Clagett
Soundtrack and Words
28 March 2018

Team!
I’m for you!
And you’re for me!
Protect my column energy!

The Visualization for the Meditation. That is what you say. But there is a visualization that goes with it as well …

It looks like energy is flowing up, in a spiral motion … up from your head, and high up, past there. Of course, you are lying down, so it is towards the headboard. But the energy that is spiraling up is as wide as your head … maybe a little bit wider … and it is sparkling white energy. Diamond white energy!

And then, the next part of the visualization is the golden energy, spiraling in the other direction … Down, through that column.

And the last part is a stream of golden Light, coursing down through the column; filling the whole column up; and coursing through your whole body.

When I visualized it, I visualized the energy. If you were looking down on my head, from above, you would see a motion that is clockwise, going up. Rising up, into the sky, with bright white diamond Light.

And you would see a motion, coursing down from the heavens into my body, of energy that is spiraling down, in a counterclockwise direction … a beautiful, gentle flow of golden Light.

But when you are lying down, the energy is coming out of, and into, the top of your head, and it feels horizontal.

When the energy flow happens, you should feel a lack of disturbance in the electromagnetic field, and in the Soul field. You should feel very solid, core energy coursing through your beingness … all the way down, through your entire body.

If you are clairaudient or clairvoyant, you can hear or see this energy warding off intrusion by higher dimensional negative alien beings.

On ‘Piercing’ the Plane of Forces Energy Termed ‘Gravity’

On the planetary plane, the energy of the above visualization and activation allows us to pierce through the Earth’s gravitational field, so that our electromagnetic energy field can unite with ever higher astrogeophysical systems … planetary, solar system, Milky Way, universe, and multiverse … and on to the All.

“The Cloud of Unknowing”

On the spiritual, mystical, and occult levels, I note in a recent article written by Lucy Oliver for “Quest: Journal of the Theosophical Society of America” (1), reference to a spiritual text written in the 1300s, entitled “The Cloud of Unknowing.” This text describes the use of sacred sound to pierce through the Darkness in the transpersonal chakras …

Link: “Preparing the Meditation Ground,” by Lucy Oliver, in “Quest: Journal of the Theosophical Society in America,” Winter 2018, Volume 106:1, pp 24-25,  … page 33, the last full paragraph in the first column. Online, it is the paragraph that begins “From a Western …” … https://www.theosophical.org/publications/quest-magazine/4406 ..

See also: Link: “The Cloud of Unknowing,” in Wikipedia …  https://en.wikipedia.org/wiki/The_Cloud_of_Unknowing ..

The Hounds of the Barrier

That this Darkness is caused by negative alien beings is described by Thoth, a great spiritual teacher in Ancient Egypt. He calls these beings the ‘Hounds of the Barrier’ …

The Cross and the Circle

Note, in the above article, that the cross in a circle can be used to ward off the Hounds of the Barrier, so that they cannot enter the part of a person’s pranic column that houses the seven original chakras.

Note also, that the medal of Saint Benedict, who offered the world a very effective Latin warding spell to cast out demons, also has a cross in a circle on it …

On Knowing the Unknown in Us

With the new Light of Ascension, we are about to eliminate the Hounds of the Barrier through visualizations such as the one in the video above.

When these negative alien beings are cast out of our pranic column energy, clear lines of communication are established with Source … with God, and with the All (His creation).

VISUAL AIDS TO THE THREE-PART VISUALIZATION

Here are some images, and additional comments, that may help with the three-part visualization in the video …

Imagine the golden energy spiraling down looks like this …

Note that the spiral in this image is very like the upward coursing spiral. It is the movement of the energy … whether upward or downward … that determines whether the flow can be described as clockwise or counterclockwise.

This synchronicity of the white and the golden energy waves is offset in some way … I am a little rusty on this … would it be termed ‘phase difference’? Perhaps ‘path difference’? … The result is, the two energies flow side by side, but in opposite directions.

The result is a cross-hatched feel or look, like this, if seen from above …

… which can develop a cross-hatched feel to it like this …

… only moving, as in an optical illusion.

When these two fields of energy … the outgoing diamond white clockwise spiral, and the incoming golden counterclockwise spiral … are united, then there is a solid-feeling, sparkling golden column of Light above the head, a little like this …

Link: Column of golden sunlight falling on the ocean …  https://newheavenonearth.files.wordpress.com/2012/08/golden-path-of-sunlight.jpg ..

PHOTOS BY ALICE (from the video) 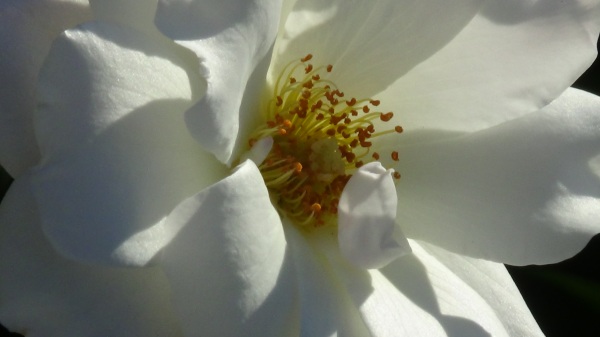 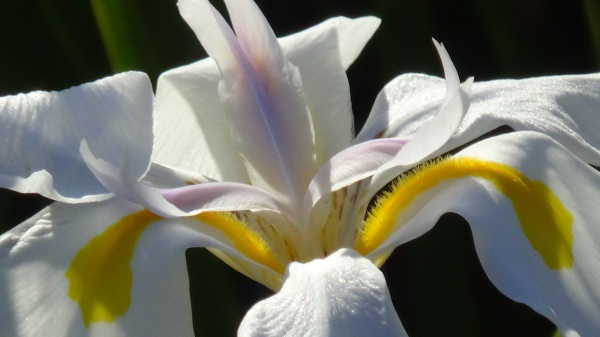 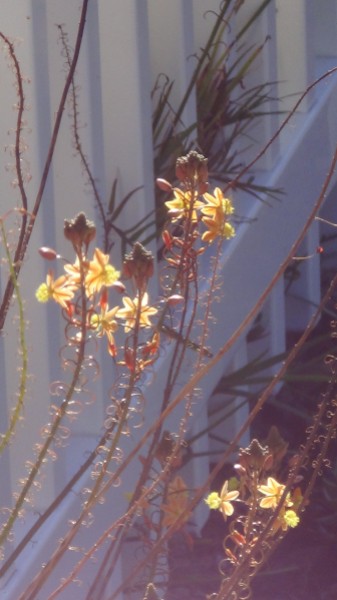