This is the first of three videos on timelines and dimensions. There is an edited Summary after the video. After that are the photos that are at the end of the video …

I have some thoughts on timelines right now.

Comments on the 2011 Movie “Dimensions”

I have been watching a movie called “Dimensions,” 2011, starring Henry Lloyd-Hughes, Camilla Rutherford, Patrick Godfrey … http://dimensionsthemovie.com/ … You can watch it on www.amazon.com ..

I am very interested in people’s notions about timelines and time travel because that is one of my fields as well. The thing that I find about timeline movies is that they are on the right track, but they are missing important details about working with timelines (according to the Hathors of Venus).

What We Can Learn from the Hathors of Venus

The Hathors are a very advanced star civilization They are star brothers and sisters of ours, but they arose … they ascended, they awoke … a long time before we have. And so we can learn a lot from them. Some of the things we can learn are timeline skills and multidimensional skills. They are here to teach us, I am here to say.

Comments on the Movie “Dimensions,” Continued

Now let’s go back to the movie “Dimensions.” This is a very interesting movie, because it occurs from a more enlightened point of view … a more ‘awake’ point of view. I have not finished the movie yet, but I thought I had better mention this right now, before I forget it …

The thing about this particular movie, from what I have seen of it so far, is this: It came to a part where they were talking about Soul wounding … an event that occurred in three people’s childhood, where a young girl purportedly died by slipping and falling in a well, I guess … by getting stuck in a well.

Then one of the other two children … who were boys … tried really hard to find a way to time travel back and fix things. The other boy was his assistant in this endeavor, as they grew up. So they were both trying to change that timeline.

This is a frequent theme of the time travel movies: That a person is trying to go back in time and change things. For instance, the movie “The Time Machine,” put out in 2002 … https://en.wikipedia.org/wiki/The_Time_Machine_(2002_film) … has this similarity, although its plot is otherwise very different.

To Change a Past Catastrophic Childhood Experience in a Timeline, Try a Timeline Jump and Merge

This Is More Reliable Than a Timeline Loop

So, it is not a question of going back to a time before the Soul wounding occurred. Which is to say, it is not so much a back-to-the-past time loop issue. It could be that. But that is only one possibility. As all the movies say, that is a less likely possibility … because so many alternate timelines branch off from every nanosecond in the timeline already past, it is difficult to go back to the moment just before the Soul wounding occurred and then alter one detail that will then achieve the desired outcome.

You do not know what action in the past you took, that caused that Soul wounding to occur. But your Ascension team will know that. So If you use their timeline skills, their understanding, and their knowledge of the user manual for this human form, with all of its subtle bodies and all of its possibilities, then they can pick for you the timeline in which that event, or any ramification or variation of that event, will not have occurred. They will pick that for you.

It is in fact easier and more successful to use time loops to bring future events back to alter and transform the present to the Light. For instance, we might imagine the increased Light on Earth next year, then visualize a time loop to bring that back and bless the present moment on Earth.

More on the Timeline Jump and Merge

The most efficient way to change the past is to move to a timeline in a parallel movement rather than a looping movement. It is to move to an alternate timeline with your Awareness, just as a photon disappears from one reality … one timeline or one dimension … and reappears a moment later. Where did it go? It went to a different timeline or dimension.

Catatonia and Dark Night of the Soul

The second thing has to do with the part of the movie that I am watching right now. That is where the young man who is a scientist and wants to change the past, and works with timeline theory, decides to physically go down into well … to climb down into the well … where the young girl who was the love of his childhood had passed on.

I think of catatonia as an attempt to withdraw from physical stimulation, and from all of the senses, by curling up in a ball, and not responding to the ‘nudge from the mom’ … going deeply within, for a chance to change completely; to change the Weltanschauung; to change the world outlook; to revise the user manual of the Soul’s energy field.

On Experiencing Catastrophic Childhood Experiences as if They Were Happening Now

But in the instance in the movie, the young man is just lying on a bed, in a very withdrawn state. He is questioning everything … A ‘less dark’ night of the Soul is going on. And he is talking about the timeline teacher that he had when he was young.

The teacher says: Imagine a time when something really horrible happened to you, and that influenced all the rest of your life … After that, your life was torqued around by that one Soul wounding event. And then he says: Now imagine that what you are experiencing now is that.

By this I feel the teacher is saying: To remember exactly what happened during the catastrophic childhood experience … to remember it viscerally and with stark clarity, as if it were happening right now.

The Trauma of Being Aware in the Third Dimension

And, in fact, it is true that this dimensional Awareness that we are having right now … with all of its distortion of the Light, density of understanding, and the falling away of the truth of reality that has to be experienced in order to be in this third dimension, this physical reality, is the forgetfulness of the great trauma of being aware in this dimension. So, the young man’s teacher is talking about dimensional Awareness as well as timeline theory here.

He is talking about ‘the time before the time’ … the time before we were incarnate Souls, before our Awareness was shackled to physical form and ‘blinkered’ or ‘blindered’ by the limitations of our bodily senses. He is asking that, from the standpoint of the Eternal Soul … the Soul about to swoop down into human form … that we ‘see’ and ‘taste’ and ‘feel’ the shackled state we are about to experience.

In this way … from the stance of the Eternal Soul … we can heal whatever needs to be healed … whether of body, or of mind, or of emotions … that has taken place, or is now taking place, or is about to take place in the incarnate, third dimensional reality.

Visualization to Heal the Past Through Timeline and Dimensional Jumping
Channeled by Alice B. Clagett
10 February 2017

In order to heal our Soul wounding, we need to move into the timeline and the dimension that does not have it.

The solution is pretty much the same as for the timeline jump and merge: We add the dimensional jump, and we become a greatly larger being … big as a church, big as a National Park, that big! We become big as Earth, big as the Solar System … large as the Universe, large as the Multiverse. And beyond that, the ‘matter’ from which came the matter; the ground of being.

And from that, we look down; deep, deep down; telescoping down into the child with the Soul wounding who has the timeline.

And in that way we hold what we are seeing here on Earth.

In that way, we can change it, in any instant, to any other dimension, or any other timeline … From that place; that ground of being, that darkness from which matter arises.

Once in that lofty Awareness, speak the timeline and dimensional optimization activation of Light …

Spirit to Team!
Optimize Timelines and Dimensions!
For the All, through Free Will!   (x3)

As you pronounce the optimization, imagine that your Ascension Team is sorting through hundreds of timelines and dimensions, and selecting … from amongst these choices … the timeline and dimension through which your Awareness can best fulfill the Soul mission(s) of the current incarnation, and can best garner the wisdom your Soul desired to garner therefrom.

That is it for this movie. It is an extremely interesting movie; I have gained a lot by viewing it:  “Dimensions,” 2011, starring Henry Lloyd-Hughes, Camilla Rutherford, Patrick Godfrey, http://dimensionsthemovie.com/ … available through … www.amazon.com … and perhaps elsewhere.

Take care. Talk to you later.

PHOTOS AT THE END OF THE VIDEO 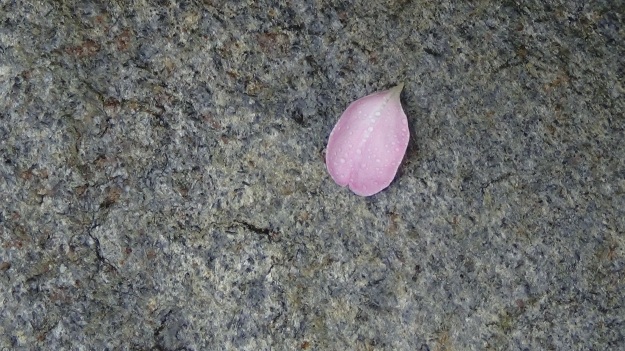