This video is about the Half-Breath, a dysfunctional pranic column energy pattern that is widespread right now. Beneath the video is an edited Summary.

I thought I would mention an incomplete energy pattern trend for the pranic tube, which is the central vertical power current of our hologram, of our energy bodies. And this energy pattern is taking place quite a bit, and fractally multiplying in the world today. And it has to do with a couple of things, I think. First I will explain the pattern …

The Solar Energy goes in, through the top of the head, and goes down as far as the solar plexus, and then stops there, and bounces back up, into the sky.

Mental Effects of the Pattern (Master Plan, ‘Controlling the World’ Notions, Superego).  The first is that, in the mental realm, it creates mental patterns regarding a master plan for controlling the world. That is what you might call a gestapo masterplan feeling.

It ratchets up the ego quite a bit. And so, particularly in men, I find that it is creating a very strong sense of  I gotta be me, no matter how much I hurt other people. It doesn’t matter! I gotta be me. … That kind of thing. It is very ratched up; whereas, in the well-rounded man, that ego is a necessary function, that helps integrate all the other chakras for action in the world. So … masterplan, and it creates superego notions.

Physical Effects: Genital Mutilation, Genital Disease, Sexual Dysfunction. Then as far as the lower chakras are concerned, it stops the energy flow from happening there. And so what I am finding is physical, genital mutilation. and also, inability to perform … as regards the genitals in both men and women who have this breathing pattern … this energy pattern: I am finding diseases of the genitals developing. So those are things to consider.

Astral effects: Ratcheting Up of the Will Power; Astral Body Displacement, Susceptibility to the Demon Realm, Lack of Grounding. And also I am finding that, when you just go down to the navel point and back up again, with your breathing and with your visualization, with your technique, what this does is it throws the emotional body out onto the astral realm, and pulls it up … The astral body actually starts at right about the navel point, and goes up until it is out of the head … Up into the sky … And often, leaning forward a little bit, with a liaison feeling towards other members in a group, or people in a family, or like that.

And what that does … when the astral form is partly stressed or distressed out of the body, is that it puts it in danger … especially in the large cities … as regards the Demon Realm; not to mention the Fallen Angels.

Everybody is working on cleaning all that up … It is a work in progress … But in the meantime, it is very important to keep the astral form firmly and steadily grounded in the same energy pattern as the physical body, and protected by the human aura.

Lack of Grounding: Ongoing Vivid Waking Nightmare: Fly Me to the Moon Mental Filter. In the noosphere in the last 6 months has been circulating an en masse vivid daydream about some beings from Outer Space disengaging the lower part of our hologram … including very specifically our sexual organs … and taking the top half of our hologram … including very especially our brains and chests … to a Moon station, or else to an Outer Space docking station, for repair. I personally will have none of this. Here are my objections …

In essence, I suspect that en masse vivid waking nightmares of this sort reflect imbalances in our energy bodies that are, in this way, coming to our awareness.

Moon Chain Races. Here is a blog on the “Moon Chain” races by “Ascension Glossary,” that explains in much greater detail the mischief involved; note the image of a person’s energy field being injured by the moon energy …

Transforming Negative Emotions for the Collective. Every time we run into these waking nightmares, we can help uplift humankind by turning from the negative emotions of fear, anxiety, lust, anger, violence, greed,  jealousy, attachment, and pride to the light of Christ’s love and joy. In this way, through our example, we offer to the world an energy pattern through which others can, if they wish, break free of the old patterns of human feeling and rise to the light of Love.

Causes of the Half Breath

Anxiety … A Few of the Remedies for Which Are: Shoulder Rolls, Shoulder Shrugs, and Neck Rolls. The first thing is: The Ascension is causing body cell anxiety; that is because the body cells are changing so fast. And when people feel anxious, in their emotional bodies, there is that tendency to rise up in feeling, and to begin at the navel point and try and control it, and to rise up in feeling like that (from the navel point on up) instead of grounding to Earth …

And especially to tighten up the shoulders; and that will do it too. So it is important to do shoulder rolls with rotation in both directions, and shoulder shrugs, and neck rolls, and neck figure-eights, and like that … all that yoga stuff, right now, so as to relax the energy down from the head and the chest, down into the rest of the body. So that is regarding anxiety.

Viewing Electronic Media … For Which I Suggest, Limit Your Viewing. And the very last thing has to do with the Internet and the handhelds, and those kinds of things: television, the electronic media, are taking people into a … the astral field is pulling out, through the eyes … You know how much energy there is, in the visual part of the brain, right now, right? But these handheld devices, and these screens that you watch on TV and on the internet … they are actually pulling the astral energy out of the body like this … [Shows hand, palm toward face, about a foot away from face.] .. So that is further enhancing this process of what I would call ‘ungrounding’ … and dividing the body into two parts … a part that we recognize (from the navel point up) … and a part that we just do not recognize (from the navel point down).

The Puritan View That the Genitals Are Demonic … For Which I Suggest, Visualize the Body as the Temple of God, or of the Holy Spirit. Further, as you all know, there is the ongoing issue of Puritanism and the Christian faith, and of the demonization of the sexual chakras … which are involved in all this. My feeling is that the whole body is a sacred temple of God … a sacred temple of the Holy Spirit. As the Bible says …

“Know ye not that ye are the temple of God, and that the Spirit of God dwelleth in you?” –1 Corinthians 3:16 (KJV, public domain)

And it is dishonoring God Himself not to realize this. It is not a bad thing to feel the sexual energy, the basal energy … to feel the Earth. It is the most important thing, for staying on Earth and doing our work. It is an honor, you know? And that is not to say that we should dwell on one area, at the bottom, and not on the top. You know? It is the smoothing that is the thing right now … the smoothing of all the energies in the body. In that way the entire physical vessel may become, as the hymn expresses, a sanctuary in which we may house the living presence of God …

Ways to Heal the Half-Breath

And I would say the thing to do instead, is the thing that is emphasized by many Ascension teachers: That is, feeling the whole energy of the pranic column (the central vertical power current): From the crown chakra (the top of the head) up to the sky, and all the way down through the entire body, and on down into the Halls of Amenti in the center of the Earth.

Pranic Tube Meditation: A Remedy for the Half-Breath
Channeled by Alice B. Clagett
24 August 2015

One simple answer to the question of the Half-Breath is to do the Pranic Tube Breath:

And if the Pranic Tube Meditation cannot be accomplished for any reason, at least start with the top of the head and go down to the feet, and back again, while visualizing the flow of energy through the whole body.

I think that will take care of the whole thing, and smoothe all those energies out. And heal the genitals, which is very important. It will also heal the basal chakra, and smoothe out the energy … People are getting too much yellow, you know? It is too much yellow in the aura because of the third chakra.

All right, so, that is it for now. I have to go … off to church. I wish you the very best. And I hope this is helpful. I hope this is helpful for your physical health, and for your emotional calmness, and just for the whole world … that the whole world should be more centered in itself, and understand the sacredness of the human body, as the Ascension continues. What a wonderful honor to be alive and in form on Earth today.

God bless you. Just take what you need, and throw the rest away. 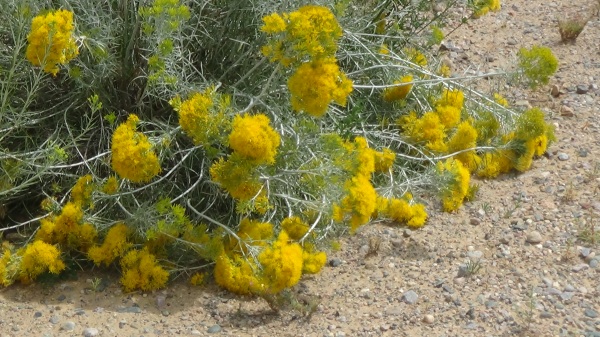 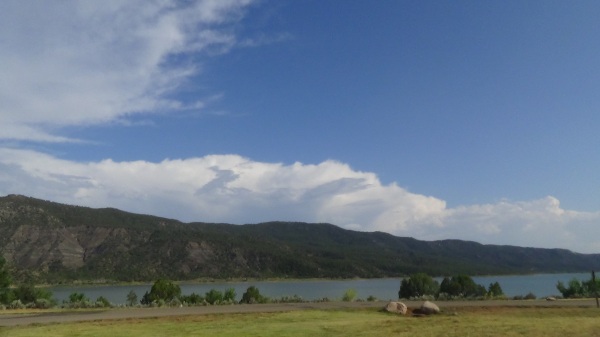 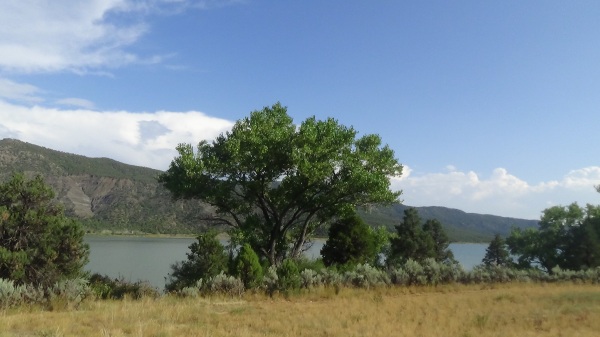 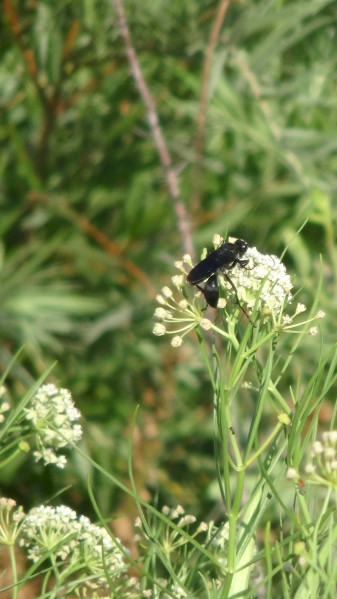 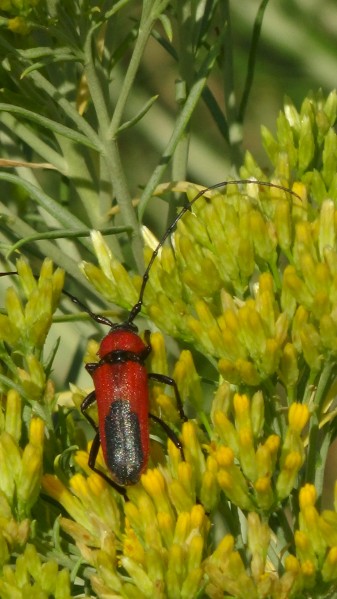 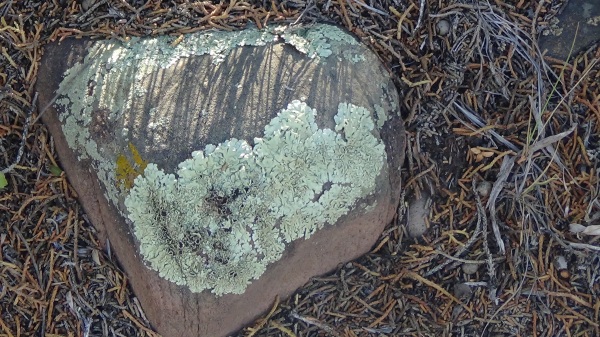 Talks with Faeries and Elves

The Chalice and the Crucible

An Ascension Guide for Lightworkers and Starseeds

Deep in the Centre of Your Heart....

Walking The Red Road.. Sharing what Resonates with me!

Love is our revolution

The new earth way for diversity, reciprocity and the planet